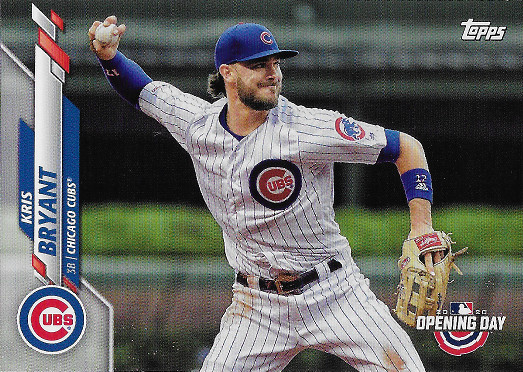 Topps Opening Day is being released just about a week before when Opening Day for major league baseball was originally scheduled to happen. Due to a worldwide pandemic, that event is not going to happen as scheduled. All major sports were shut down for the time being, while Americans are being advised to avoid even minimal sized crowds. The start of the major league season has been indefinitely postponed, and it’s clear it will not happen any time soon, now.

It’s not clear what future releases will look like at this point, but Opening Day was released on time. This release follows the standard format. This smaller set is uses this year’s flagship design, with a more accessible price tag. It averages about one insert per pack, There are parallels, but not to the same extent as many of the other releases. This is also one of the few products to not guarantee any sort of hit in a box. That’s not to say there aren’t some available, but they are generally very rare. That’s one of the big trade offs for having the low price tag.

A box advertises 36 packs with 7 cards per pack.

END_OF_DOCUMENT_TOKEN_TO_BE_REPLACED

Opening Day fills an interesting role within the hobby. It’s never been about the big hit or the hot rookie. Instead, it focuses on fun inserts and a reasonable price point. There are hits in the product, but you are not guaranteed one in a box. You chase cards of the mascots and team celebrations, rather than the next big thing.

The release doesn’t really get the attention it deserves. It’s not flashy, but it offers a nice alternative to the other pricey releases. The cards feature the same design as the flagship release, but include an Opening Day logo and different pictures.

A box advertises 36 packs with 7 cards per pack. There are no guaranteed hits.

END_OF_DOCUMENT_TOKEN_TO_BE_REPLACED 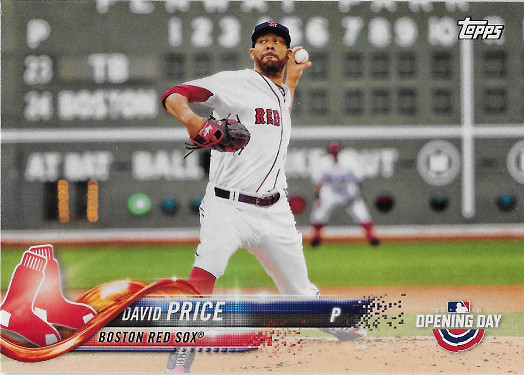 Opening Day is just around the corner, so that means the release of Topps Opening Day set. This is a set that manages not to rely on hits, in a hobby that seems to more and more focus on hits. That’s not to say there are not any in Opening Day, but they are much rarer, and result in a lot more affordable boxes.

END_OF_DOCUMENT_TOKEN_TO_BE_REPLACED 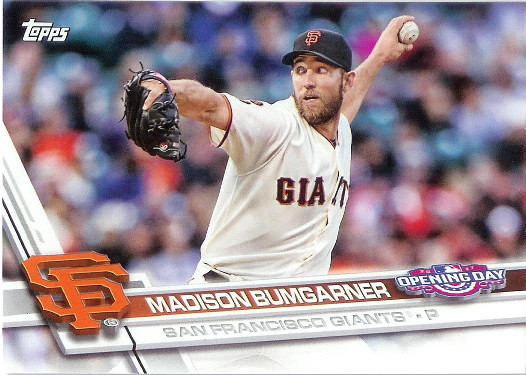 The Opening Day set gives a nice alternative set with a much more modest price tag. It’s an attainable set, with a lot of fun inserts included. The 200 card base set features a handful of players from each team, including some who did not appear in series one, in their new uniforms. You see some old favorite inserts such as Superstar Celebrations, Opening Day Stars, and Mascot cards. There are also autographs and relics, but they are very rare, and not guaranteed in a box as with most other releases.

The box promises 36 packs of 7 cards each. Despite enough cards, there were a lot of duplicates in my box, so I’m pretty far from a set, still, which is unusual for this release.

END_OF_DOCUMENT_TOKEN_TO_BE_REPLACED 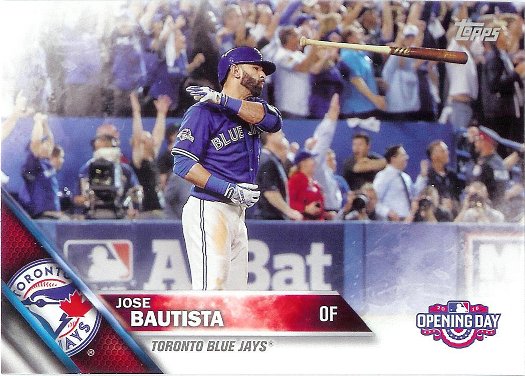 We get a pretty standard release from Topps this time.  Topps Opening Day is an entry level release with a lot of fun features for a very affordable price.  You miss out on the guaranteed autographs and relics of the more expensive releases, but you get fun insert sets featuring the team mascots or players blowing bubbles.

That’s not to say there are no autographs.  There is a limited autograph checklist, but you do find some stars.  The hits are few and far between, but that’s not really what this set is about.  For the price, it’s tough to beat.