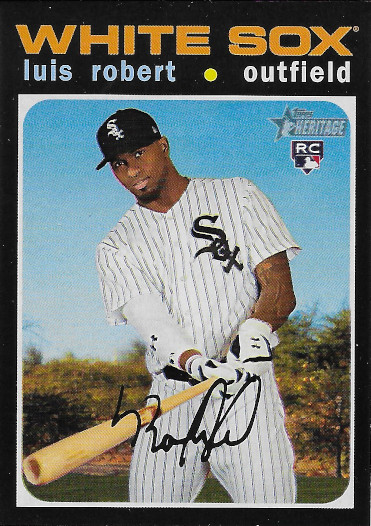 This long awaited release makes it out just under the wire to be released in 2020. This follow up to the base Heritage release from early in the year featuring designs from the 1971 Topps design, picks up where the first release left off, with cards numbered 501-725, the last 25 of which are Short Prints. We get the expected insert sets, like Award Winners and Rookie Performers, as well as some new ones like the Let’s Play 2(528) set featuring Ernie Banks.

This release caps a unique year in trading cards, and it’s hard to see things getting back to normal anytime soon. Will more 2020 releases be coming in the new year? These boxes advertise 24 packs of 9 trading cards, with one Real One Autograph or relic card in every box.

END_OF_DOCUMENT_TOKEN_TO_BE_REPLACED 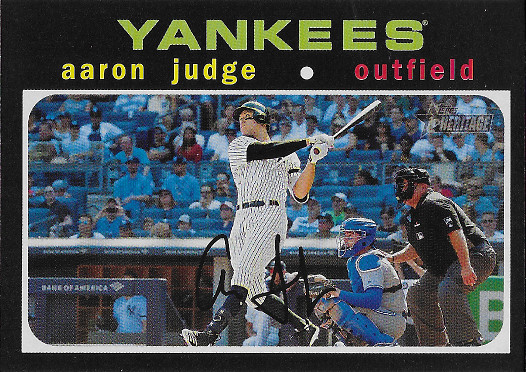 This year’s Heritage baseball set pays tribute to the 1971 release. The original black borders are a fan favorite, but difficult to find in top shape. Hopefully these fare a bit better. The release itself is a well known format. We see a 400 card base set with an additional 100 SPs running 401-500. We also see an assortment of variations with action shots, errors, throwback jerseys, and team name color change. New this year are a set of variations missing the printed autograph on the cards.

The release seems much more polarizing than I can remember this year. It’s a pretty standard format, but it’s not the format of most current releases. This is not a hit driven product. That’s not to say there aren’t some big hits, but they are few and far between. A box advertises one hit, but it is much more like to be a relic than an autograph.

A box advertises 24 packs with 9 cards per pack, and includes a real out autograph or relic card in every box.

END_OF_DOCUMENT_TOKEN_TO_BE_REPLACED 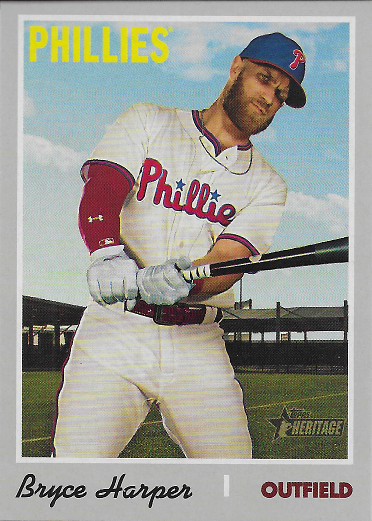 Heritage High Number is essentially a traded set for the original Heritage release from early in the year. We once again see a lot of rookies from this season, along side traded veterans.

There aren’t really many surprises in this release, but that’s not what the set has ever really been about. Most of the insert sets are continuations of sets from the first release. While the hits aren’t really the focus, there is one hit advertised per box. The hits are mostly relics, but there are also a limited number of on card autographs also included.

A box contains 24 packs each with 9 cards. Each box includes either an autograph or relic card.

END_OF_DOCUMENT_TOKEN_TO_BE_REPLACED 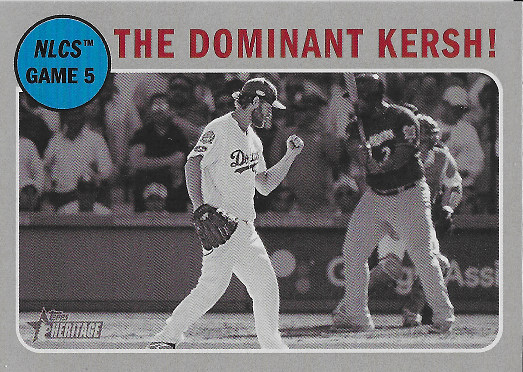 While it is one of the first releases of the year, I suspect Heritage is also one of the most anticipated. It doesn’t hurt that 1970 is one of my favorite sets from the era. It’s a pretty well known format by now.

This release follows a well established format at this point. The base set consists of 400 cards, with an additional 100 Short Prints , rounding out the 500 card set. There are also a number of base variants, including action photos, errors, traded, and color swap. We also see Baseball and News Flashbacks to the year.

END_OF_DOCUMENT_TOKEN_TO_BE_REPLACED 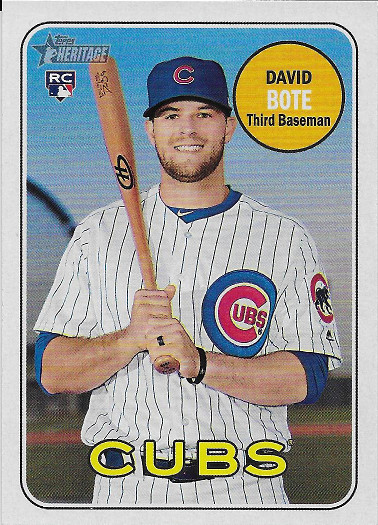 Heritage High Numbers exists as essentially an update set for the regular Heritage release.  It picks up where the first set ends, containing cards 501-725, of which the final 25 are SPs.   The SPs are a much smaller portion of the set for High Numbers, so they are easier to complete.

This set has cards for some traded veterans, people left out of the first release, as well as hot rookies making their debut this year. 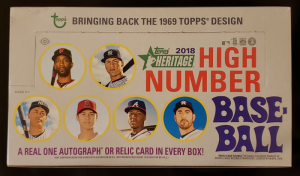 Once again, we have the return of short print variants with team color swaps, errors, traded, action, and others.  There’s an extra wrinkle to those this year, which I think it long overdue.  At least for this release, gone are the days of trying to read a tiny product code to be sure which variant you have.  Instead, Topps includes a label below the card number telling you which variant you have.  Hopefully this is a feature that sticks around in future releases.