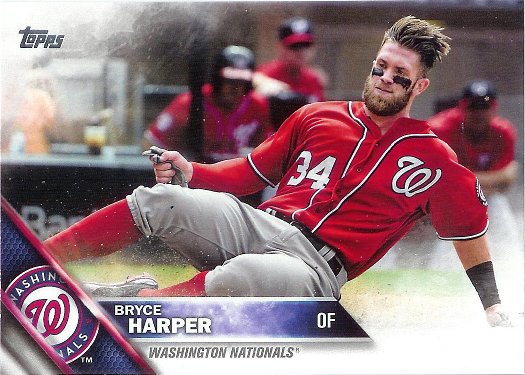 The first baseball release always brings an early taste of spring each year. It seems Topps has started taking some more chances with the base card designs, after many years of primarily a solid white border. Last year, they ventured in to a multi color border, but this year, the border is almost completely gone.

I really liked the design when I initially saw it online. It’s different from the standard releases. Then someone from the comic shop completely changed how I saw them by saying one word. Panini. After he said that, I do see it. It feels a lot like the types of designs Panini would release. Somehow, despite not having a border, the cards have more of a flat feel than usual.

It’s possible it will grow on me, but my initial feel is a bit of a let down. I still like seeing Topps change it up a little bit, even if some years end up missing the mark a little bit.

There is the usual assortment of inserts, including autograph and relic versions. In what seems almost a yearly occurrence now, buyback cards are featured once again. It looks like they go beyond base topps this year, and include other releases and even stars. They’re also starting to include different parallel levels of buybacks, based on the color of the foil stamp up to a 1/1 gold stamp.