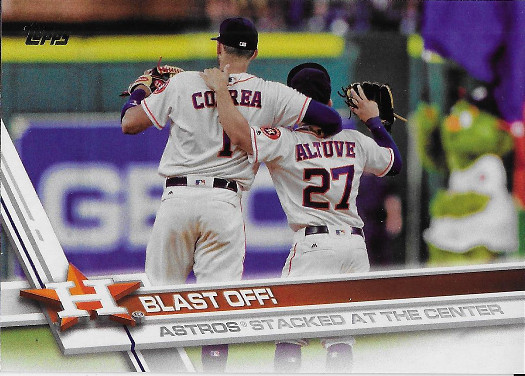 This is a pretty standard end of the season release. It captures many of the late season acquisitions, but it also misses the many of the post deadline deals. It seemed like this year, there were many significant post waiver deadline deals, so you can’t really blame the set for missing those. They have to draw the line somewhere, or risk being released long after the season is over.

The set features 300 cards, and many of the normal inserts and parallels. A Jumbo box features 10 packs of 50 cards each, with three guaranteed hits.

END_OF_DOCUMENT_TOKEN_TO_BE_REPLACED 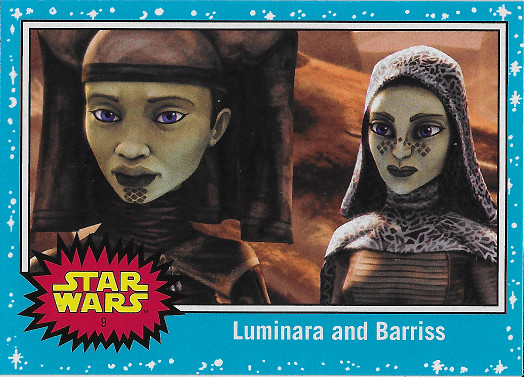 This early fall set leading up to the December Star Wars release has become an annual event.   It also ends up following a familiar format.  The release features cards of all the Stars Wars movies and cartoons, as well as a few preview pics from The Last Jedi.  Once again, the design from the original vintage Star Wars series is used.  It’s starting to feel a bit overused at this point.  It seems multiple years using the same design is going to start getting confusing as years go by.

You also see familiar parallels and insert sets included in this release.  Aside from a handful of cards, it doesn’t really feel that new.  A box advertises 24 packs with 8 cards per pack, including two hits per box.

END_OF_DOCUMENT_TOKEN_TO_BE_REPLACED

Unlike the recent NXT release, this one is a true retail exclusive for Walmart.   The blaster box has a similar configuration to the NXT retail offering, with a single pack inside, but this one offering 81 cards, including one hit.   The set also follows with same base insert format with a 50 card roster set, and a 50 card Matches & Moments set, broken up between NXT and WWE.

This looks like a fun set, combining current women wrestlers and future stars from NXT, with some legends from past years.

END_OF_DOCUMENT_TOKEN_TO_BE_REPLACED 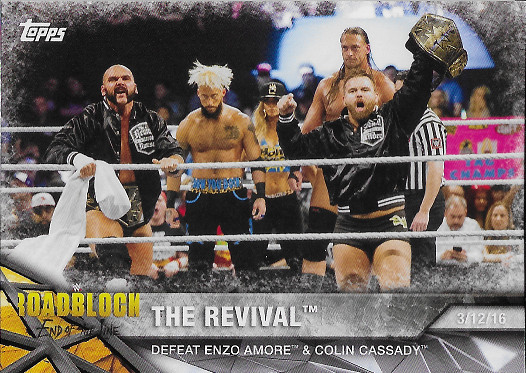 This feels like a bit of a different release.  I remember seeing a lot about the Hobby Boxes for this, mentioning one autograph per pack, in a ten pack box.  There were only seven cards per pack, and the boxes were priced as you’d expect for that many autographs.  I didn’t really expect to see it pop up for a reasonable base price at retail.  If you’re a set collector, retail is definitely the way to go.  While a hobby box would get you 70 cards, 10 of which are autographs for almost $200, a blaster box gets you 72 cards + 1 relic for normal blaster pricing.

There isn’t really a standard base set here.  Instead, you get two different base inserts, Roster Cards and Matches & Moments.  Each of them has a full assortment of parallels, as well.  The box contains one single pack, rather than a number of packs like most blaster boxes seem to have.