After about a two month delay due to the world wide pandemic, Topps brings us the second series of The Rise of Skywalker. There is quite the backup of releases right now, and it seems Topps is pushing to clear that backlog quickly. Unfortunately, that has led to some quality issues.

There have been reports of poor collation and missing hits. We didn’t see that here, but it seems to be a common complaint right now. We did see pack sizes vary between 18 cards and 3 in some cases in non-hit packs. Given the quality issues for recent releases like Topps Total, these seem entirely plausible.

This series features a 100 card base set, with a number of parallels, as well as inserts also coming in parallel versions. The box contains 24 packs with 8 cards per pack. A box advertises two hits per box, including one guaranteed autograph.

END_OF_DOCUMENT_TOKEN_TO_BE_REPLACED 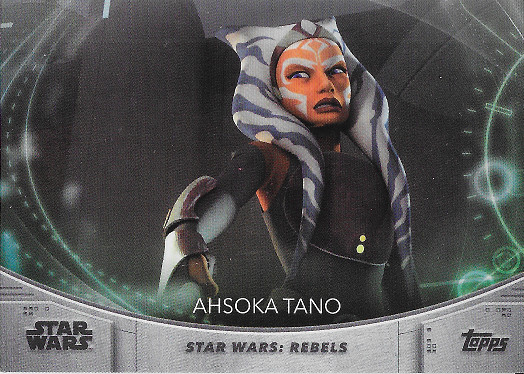 The global pandemic has delayed a lot of things, including many trading card releases. For me, this release wasn’t delayed, but the local store was shut down preventing me from picking it up. So this will be a little bit late, but the release looks worth the wait!

This wasn’t a surprising release from Topps, given their success with WWE Women’s Division cards, but it’s something new for Star Wars. I initially wondered how they were going to fill out a set, not realizing the cartoons were included so there was a very wide range of characters available.

The release features a 100 card base set, along with a few insert sets. Each has its own array of parallels. A box contains 7 packs with 8 cards per pack. One autograph is guaranteed per box, with possible sketch cards being an addition to these. It’s a fun release and can provide a lot of hits you don’t often find in other products.

END_OF_DOCUMENT_TOKEN_TO_BE_REPLACED 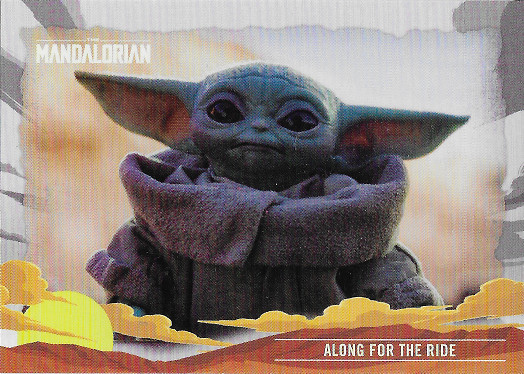 This isn’t really a normal break, and I went back and forth on whether to include it. Rather than individual packs, this box contains one large clear pack. The box advertises 32 card complete set, but that isn’t quite correct, either.

There are no real hits available with this set, but there are numerous parallels possible. I guess that would be closest to a hit, if you were to find a limited version. There’s not much here, but if you’re a fan of “Baby Yoda”, here’s your chance to get a set dedicated to him!

END_OF_DOCUMENT_TOKEN_TO_BE_REPLACED 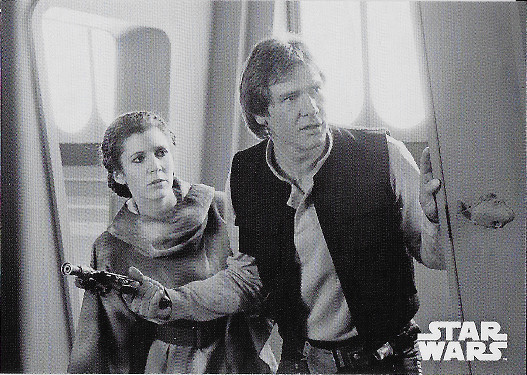 This has become a yearly release I look forward to. There’s no real surprise to it, but it’s still a nice release. As we’ve seen in the last two years, we see a base set focusing on scenes from Return of the Jedi, along with familiar insert sets like Behind the Scenes, Concept Art, Posters, and Iconic Characters.

I’ve noticed something that seems a bit odd to me, too. For the original Black & White A New Hope release, the base set had 140 cards. The Empire Strikes Back had 150. This one, however, has 133. I’m a bit surprised it jumps around so much, but I guess it really isn’t a big deal. A box advertises 7 packs with 8 cards per pack, with 1 autograph or sketch card per box.

END_OF_DOCUMENT_TOKEN_TO_BE_REPLACED 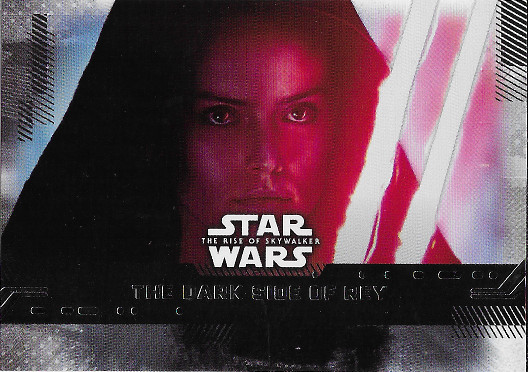