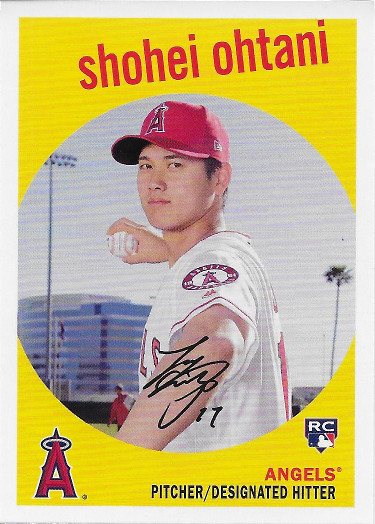 This is an interesting release this year.  Archives normally comes out around late May, but as the summer started, there was talk about it being pushed back until August.  That much isn’t particularly unusual.  Releases get delayed frequently for any number of reasons.  What is unusual, is what happened in August.

The cards hit retail in August, but hobby was nowhere to be seen.  It 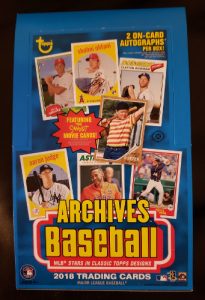 wasn’t really clear when hobby was coming, or why the delay, but hobby was eventually released on October 24th.   There are a lot of rumors about why, but I’m curious to see what it does to the product.  I feel like a lot of people had a chance to get their fill at retail long before hobby hit stores.  It’s interesting to see how few of some autographs really hit the market from retail, though.  It’s also apparent that some retail redemptions came back and were packed in live for hobby, which is a benefit, I guess.

END_OF_DOCUMENT_TOKEN_TO_BE_REPLACED 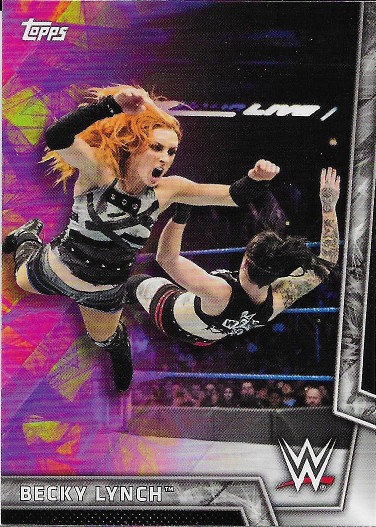 Much like the growth in the WWE Women’s Division itself, the trading card release is also getting a higher profile. In years past, we’ve seen a retail release, but now we’re seeing a full hobby release.

The set itself doesn’t seem to have changed very much,  though, 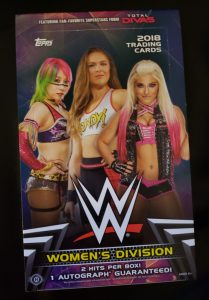 with a small roster set, as well as a Matches and Moments set featuring Raw, Smackdown Live, NXT, and the Mae Young Classic. We also see insert sets focusing on the Mixed Match Challenge, Power Couples, and the first women’s Royal Rumble.  We’ve also come to expect the usual assortment of relics from a WWE release, including pieces of the mat from various events, t-shirt swatches, and manufactured relics of the Women’s championships over the years.  Each box contains 24 packs with 7 cards per pack and advertises 2 hits per box, one of which is guaranteed to be an autograph.