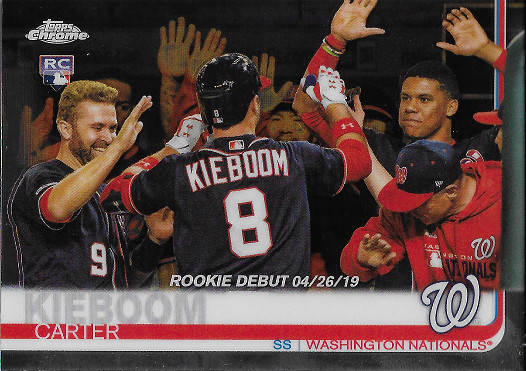 This release follows a popular Topps Chrome offering from earlier in the summer. It adds some new rookies, as well as All Star cards and others. It’s a Target exclusive and usually very popular, despite being a fairly stripped down set.

There are rumors that production has gone way up on these. That seems to be possible when looking at the configuration. This features a 100 base set (numbered 1-100, which will make it confusing when dealing with the original chrome cards. While there are a large number of parallels, they are conspicuously difficult to find. That suggests a higher print run, but that remains to be seen.

A box advertises 7 packs with 4 cards per pack. There are no guarantees for hits or anything else in this format.

END_OF_DOCUMENT_TOKEN_TO_BE_REPLACED 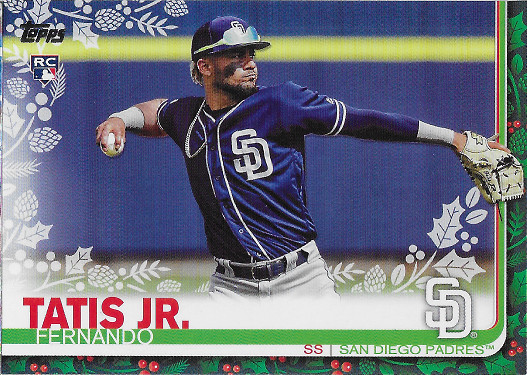 This is a new release for me, despite it being around for the past few years. I was aware it existed, but it never really interested me. I’m not sure how much was because I just wasn’t aware of what it was, and how much was because of the after season timing. Once I saw the cards this year, I knew I wanted to explore them a little more.

The base cards for the set feature the regular flagship design, but the borders include a clear holiday theme. It’s much more than just a snowflake variation now. It’s a fun diversion, and fills a cheaper price point, similar to Opening Day. These were released as a Walmart exclusive, which is including in much of the set numbering.

END_OF_DOCUMENT_TOKEN_TO_BE_REPLACED 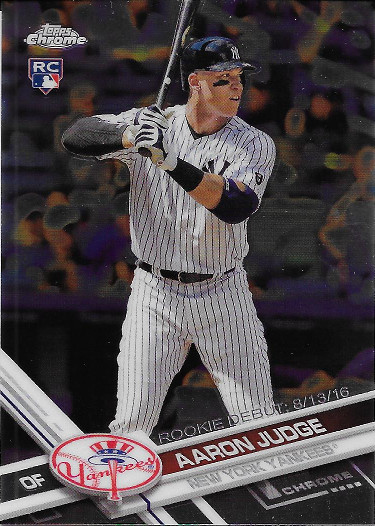 This is a pretty straight forward, and relatively small release. It contains an additional 100 chrome cards as an update to the original release. The numbering does not continue off the first release, however. The lone insert set features reprints of All Toops Rookie Cards for some of the biggest names in the game. Both the main and insert set offer autographed versions, as well.

Is it worth it? Well, I’d say that depends on if you’re a chrome fan. If not, it’s probably an easy skip.

The Mega Box offers 7 packs of four cards each.