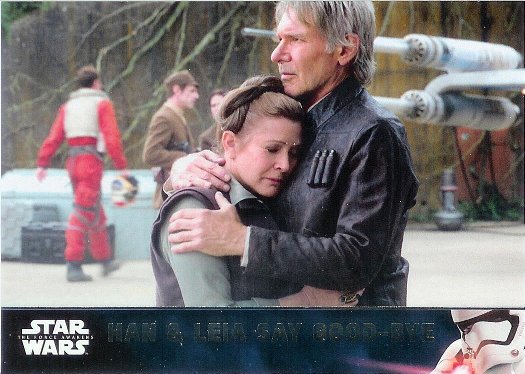 This follow up the very successful movie release late in 2015, with a second series of cards. The first series was released in late 2015 along with the movie. This one is officially called a second series, even though the numbering has been reset.

The base set is 100 cards, featuring scenes from the entire movie, with a number of possible parallels. There are also two reported short prints in the set, numbered 101 and 102. Many familiar inserts return from series 1 or the Journey to The Force Awakens set, with Character Stickers, Concept Art, Heroes of the Resistance, Power of the First Order, and manufactured Medallion cards.

The Hobby Box release advertises 24 packs of 6 cards, with two hits per box.