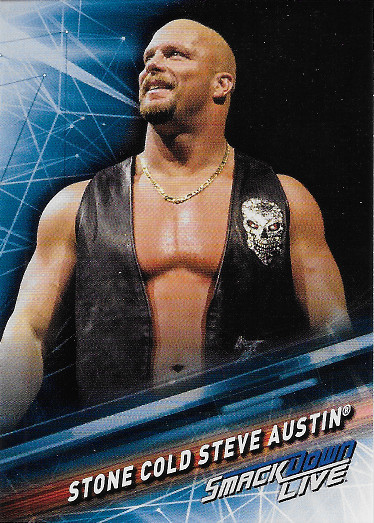 SmackDown is a new release for 2019. It’s not clear if it’s directly because SmackDown is moving to Fox after years on USA. Tonight is the beginning of the draft to fully separate Raw from SmackDown for the new future. The new roster may not reflect this release very well, though. This release matches the Raw release from earlier in the year,

In years past, Topps had two major releases, using the standard baseball design from that year. This changed this year. There seem to be two main releases again, representing Raw and SmackDown, but they are using unique designs for each. The Raw design was rather lackluster, but the SmackDown one stands out a lot more. I still wish they were the same, but unfortunately, that’s not the case.