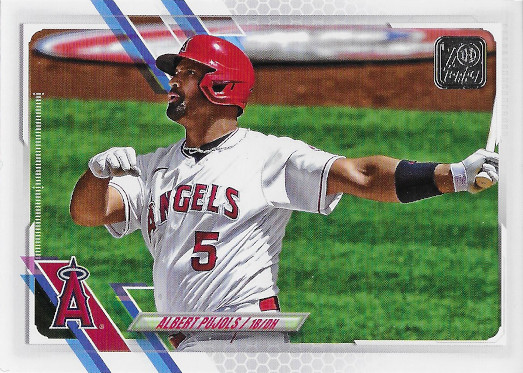 After an interesting 2020 for the hobby, Topps Series 1 represents the first major release of the new year. Last year was plagued with releases being hard to come by and immediately shooting up in price. In many cases, Topps took advantage of this by raising their prices, to get a bigger piece of that pie. The price for this release, before reaching the secondary market is up significantly. Is it worth it?

I supposed that really depends on your collecting goals. If you’re collecting only a certain player or team, you’re probably better off buying singles or team sets. More and more, sealed packs are becoming expensive lottery tickets, chasing the big hits rather than collecting the cards within. Will you get your money’s worth out of a box? Probably not.

This release features a 330 card base set, along with a number of parallels and inserts. There are a lot of short print variations available, as well. Following on recent trends, this year Topps is printing an insert series in the style of their 1986 release. It comes in both regular inserts, as well as the “silver pack” bonus cards in the top of the box. In addition to this extra cards, there is also another Box Topper included, in the style of a 1951 MLB All Star. A box contains 10 packs of 46 cards each, while advertising 1 autograph and 2 relic cards.