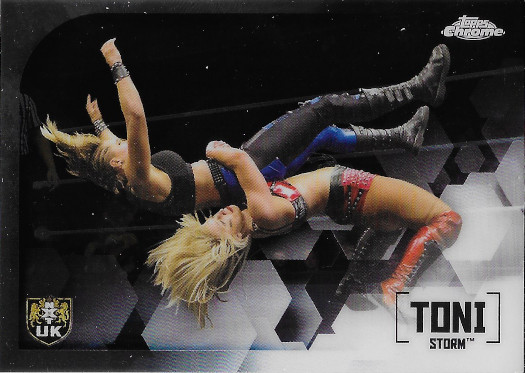 The set features 100 base cards, mixed across Raw, SmackDown, NXT, and NXT UK. You see a few insert sets, most of which have autographed versions available. This leads to some interesting autograph subjects, such as Lord Tensai, though. There are some big names on the autograph checklist, like Shawn Michaels and Mankind, but overall, it feels a bit light to me for some reason.

A box contains twenty-four packs of four cards, and advertises two autographs per box. I’ve also seen mentioned one refactor per pack. This seems like a high number to me. If there are almost as many refractors as there are base, are they significant any longer?