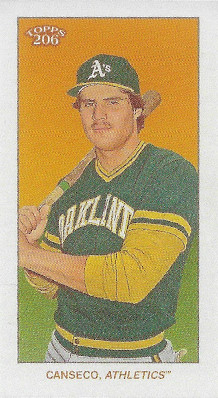 This series wraps up the 206 release for the year with a final 50 cards. Again, we have a lot of the normal advertising back variants, along with a “blank back” parallel #/10. Production is up from the previous series, to 29,341 packs, in part because of the presence of one of the hot rookies this year, Luis Robert.

This series feels a little more star heavy, and brings in some interesting names from the past, like Jose Canseco and Derek Jeter. It’s once again the same configuration as the previous releases. Each box contains ten cards, guaranteeing two Piedment back parallels. Any additional parallels or inserts come out of the base portion, unlike another on demand release like Topps Total.