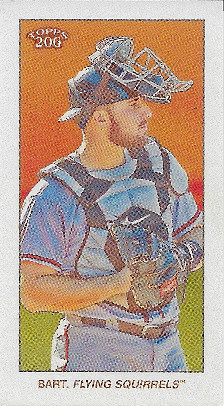 Series three of the Topps 206 release changes things up a little bit. In an homage to the original T206 cards, which included some minor league players, Topps includes a number of up and coming prospects in their set. This waves has a lower print run than the previous two, which isn’t really a surprise given the checklist. While there are some top prospects, there are also many who are not as familiar at this point. Maybe they will eventually make a name for themselves, but right now, they’re not really driving the print run.

At 28,225 packs, the print run is smaller. The still represents a lot of each card, however. It does make it a bit easier to find limited parallels. Each box contains a single pack of ten cards, which includes two Piedmont back parallels.