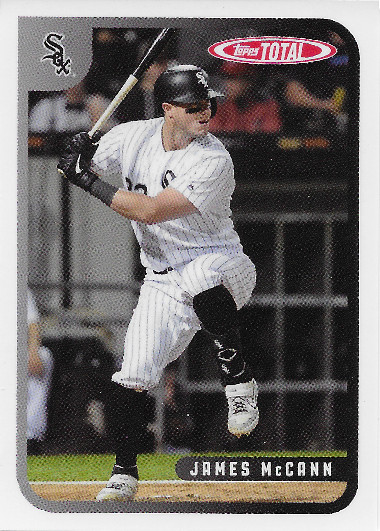 Wave 2 of Topps Total was a bit of a mess, so even with a few errors, this one is an improvement. Two players have a number different from the checklist, resulting in two numbers doubling up. The parallels are continuing without the letters used in wave 1.

With a print run of 3702, this wave sees a bit more than the previous wave, but still well below the first wave. This wave includes stars such as Clayton Kershaw and Paul Goldschmidt, while featuring Bo Bichette as top rookie. Again, the release has a base set, with red, black, and gold possible parallels. There are also a limited number of autographs as well as a retired legend as available inserts. Each pack is advertised to have ten cards. Any inserts or parallels are an additional card in the pack.

10 Base
1 Base Red Parallel Luke Voit