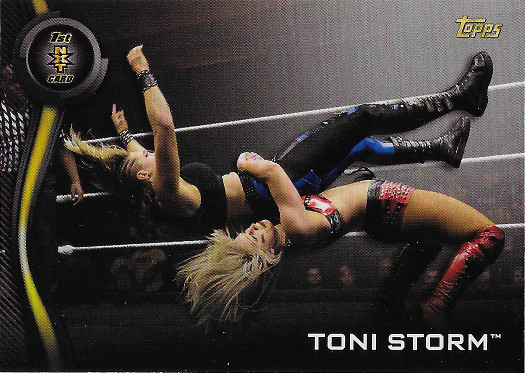 When the new television deal was announced for NXT, this set took on a little bit more meaning. Before now, NXT has been a brand exclusively on the WWE Network. It was well received, but perhaps didn’t have as large an audience. That has all changed, but will that mean a bigger market for the cards? Time will tell on that.

A box advertises 24 packs with 7 cards per pack. It also includes 2 autographs per box, although there have been reports of some boxes containing 5 autographs instead.