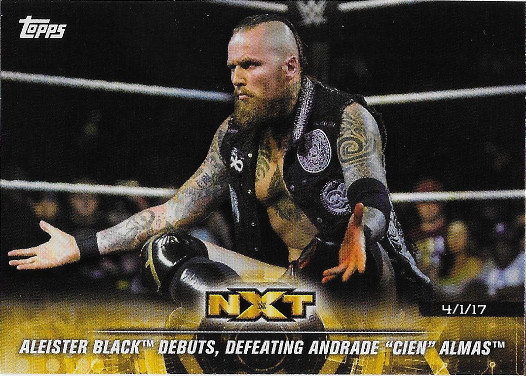 This is a little bit of a different release for me.  I generally like the NXT brand and previous card releases, but this year it seems to be focusing on a much higher price point.  It features two 50 card subsets, one concentrating on the roster, with the other looking at Matches and Moments from the year.

In previous years, you could find this release in blaster boxes at retail.  This year, however, it is a hobby only release.  At $200 per box, it seems like it may be difficult to find true value in this release, but it advertises an incredible 10 autographs per box.   While NXT definitely has its following, this seems more like a prospects release where you really won’t know the full potential of some of these characters for a few years.  Even the big names will probably get much bigger once they hit the grand stage of the main roster.